In anticipation of picking up Sharp Practice again in a few weeks I tried a scenario in solo-play. Searching the internet for inspiration I found the excellent blog of World2Dave and borrowed this scenario from him (for details see: http://themedetianwars.blogspot.nl/2014/11/the-attack-on-griffon-inn-sharp.html).
The French have settled down in the manor with some more troops dispatched to the barn. After a wild night plundering the wine cellar the French are now vast asleep with one lonely sentry dispatched on the road. The Russians are close upon them though, approaching through the woods at daybreak. 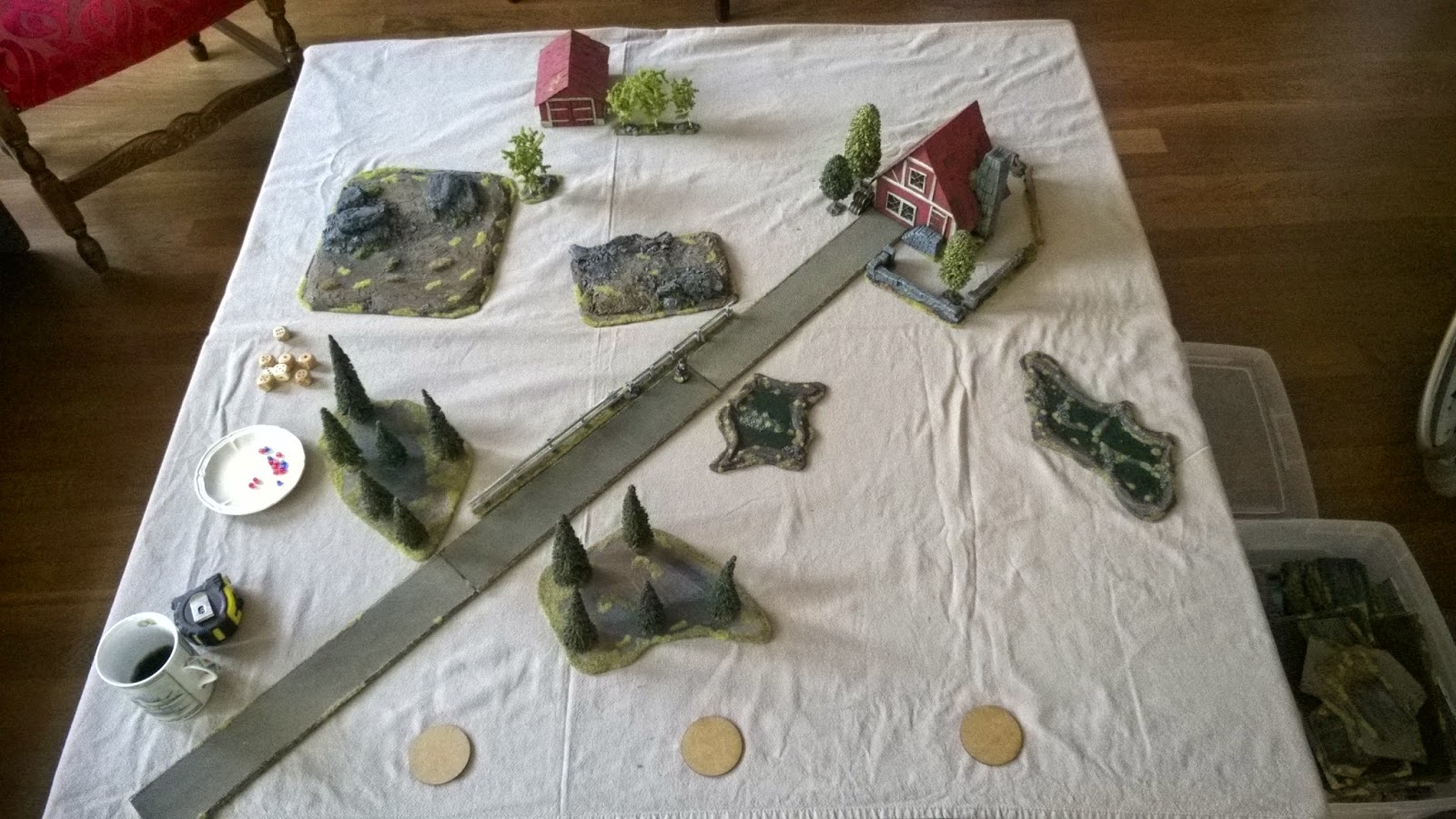 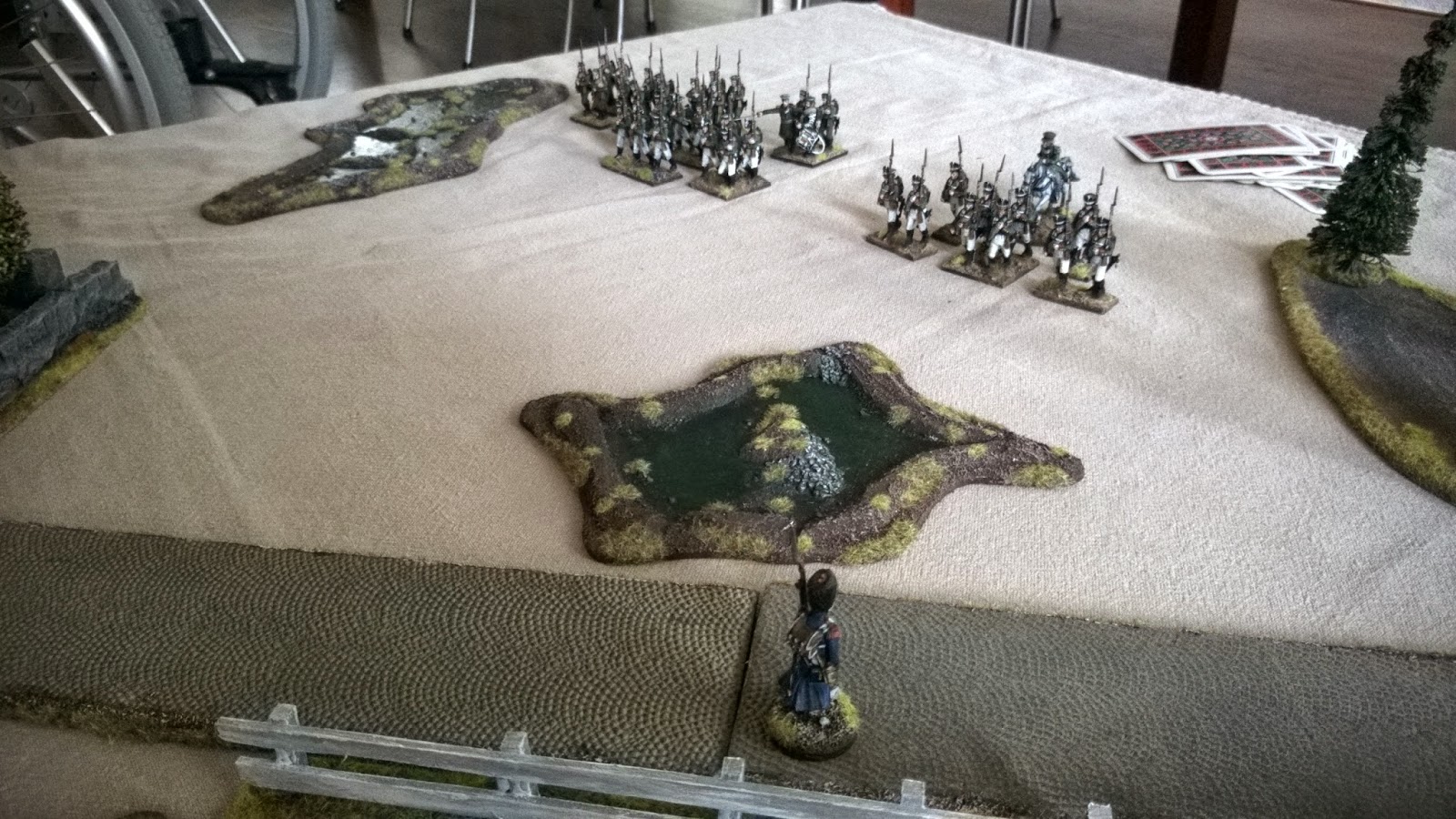 Two of the Russians attack groups are spotted! 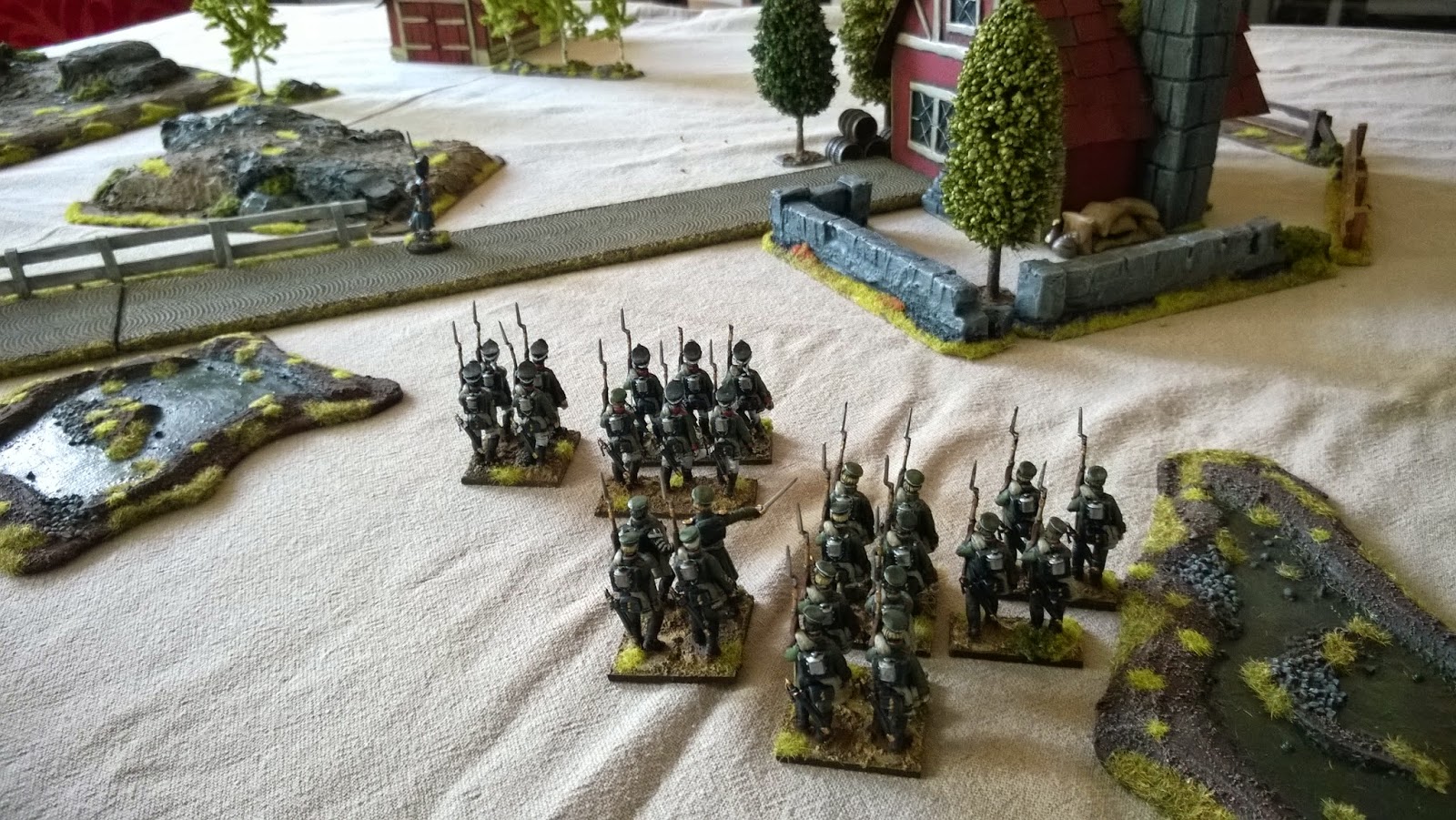 The sentry rushes towards the house to raise the alarm. 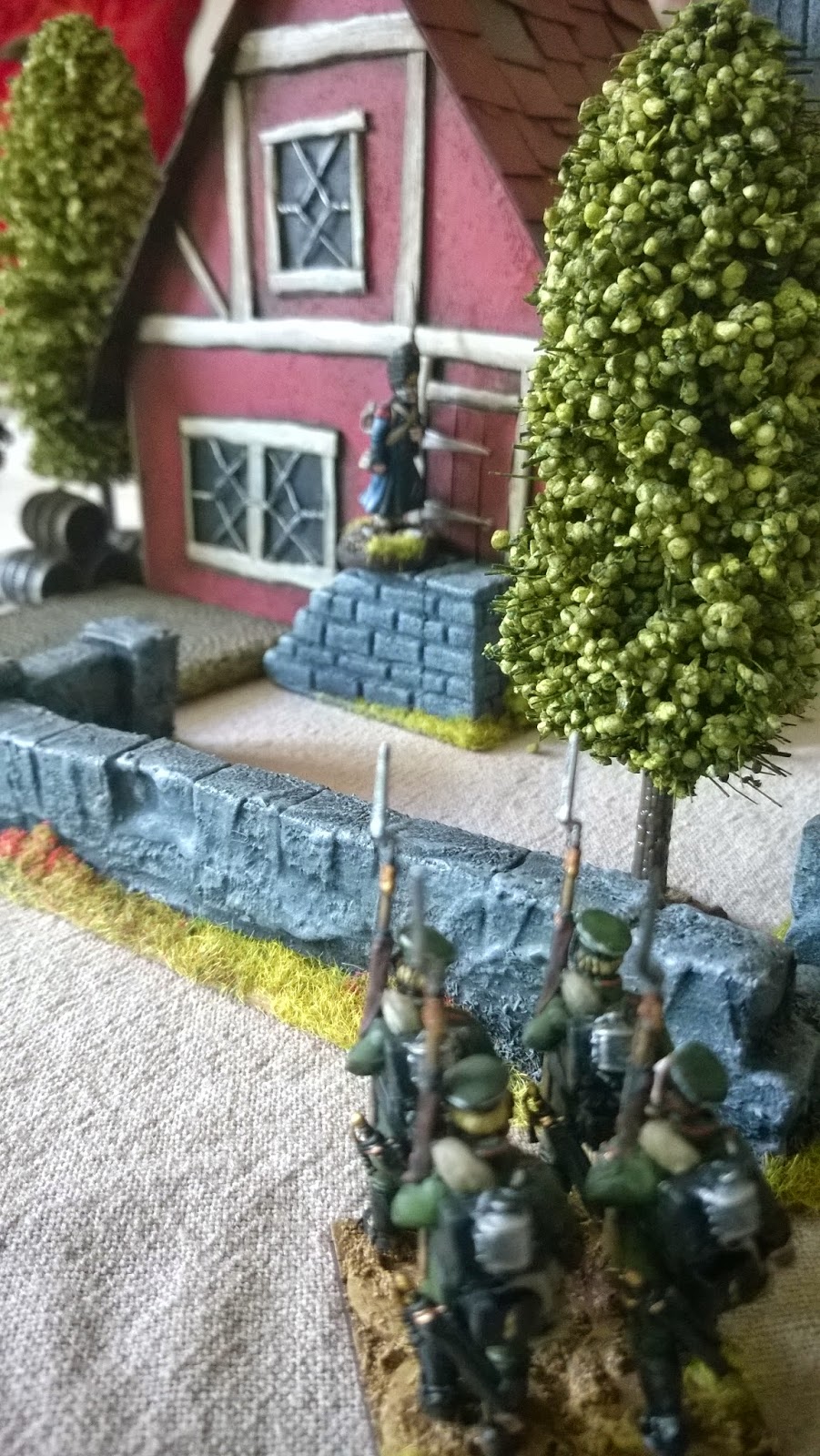 And beats the Russians to it. 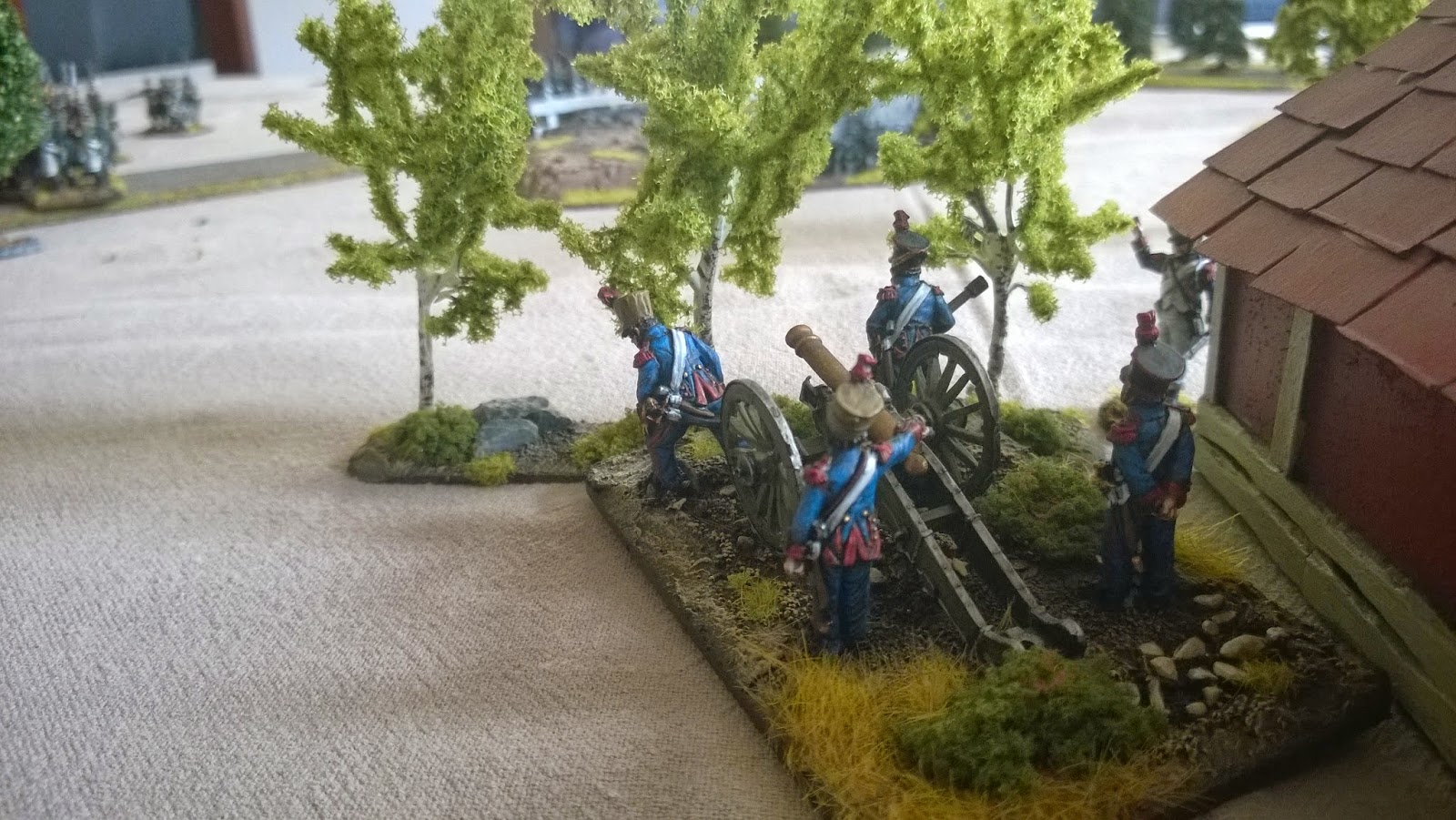 First to deploy is the French light gun, opening up on the Russians approaching the door. 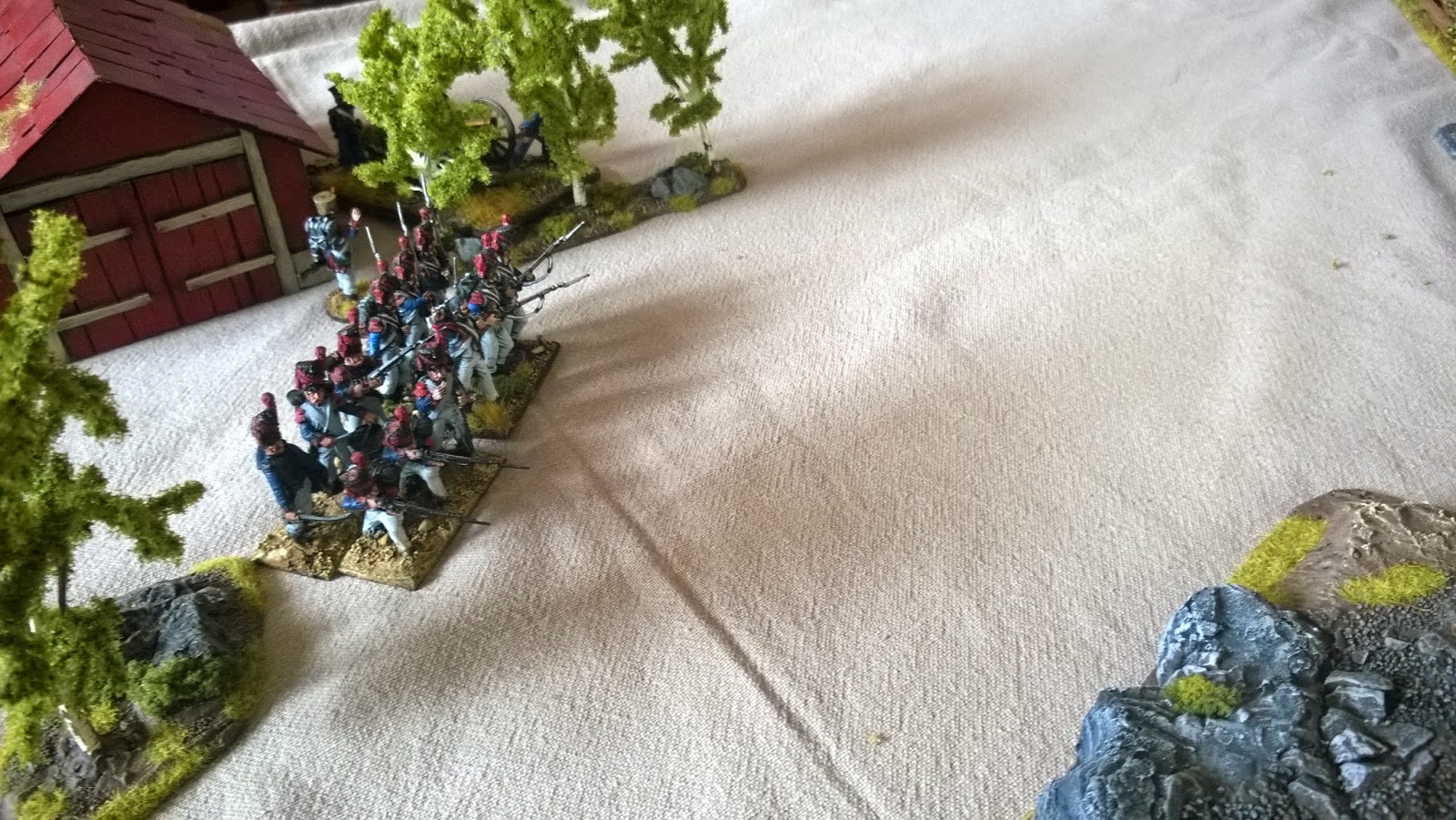 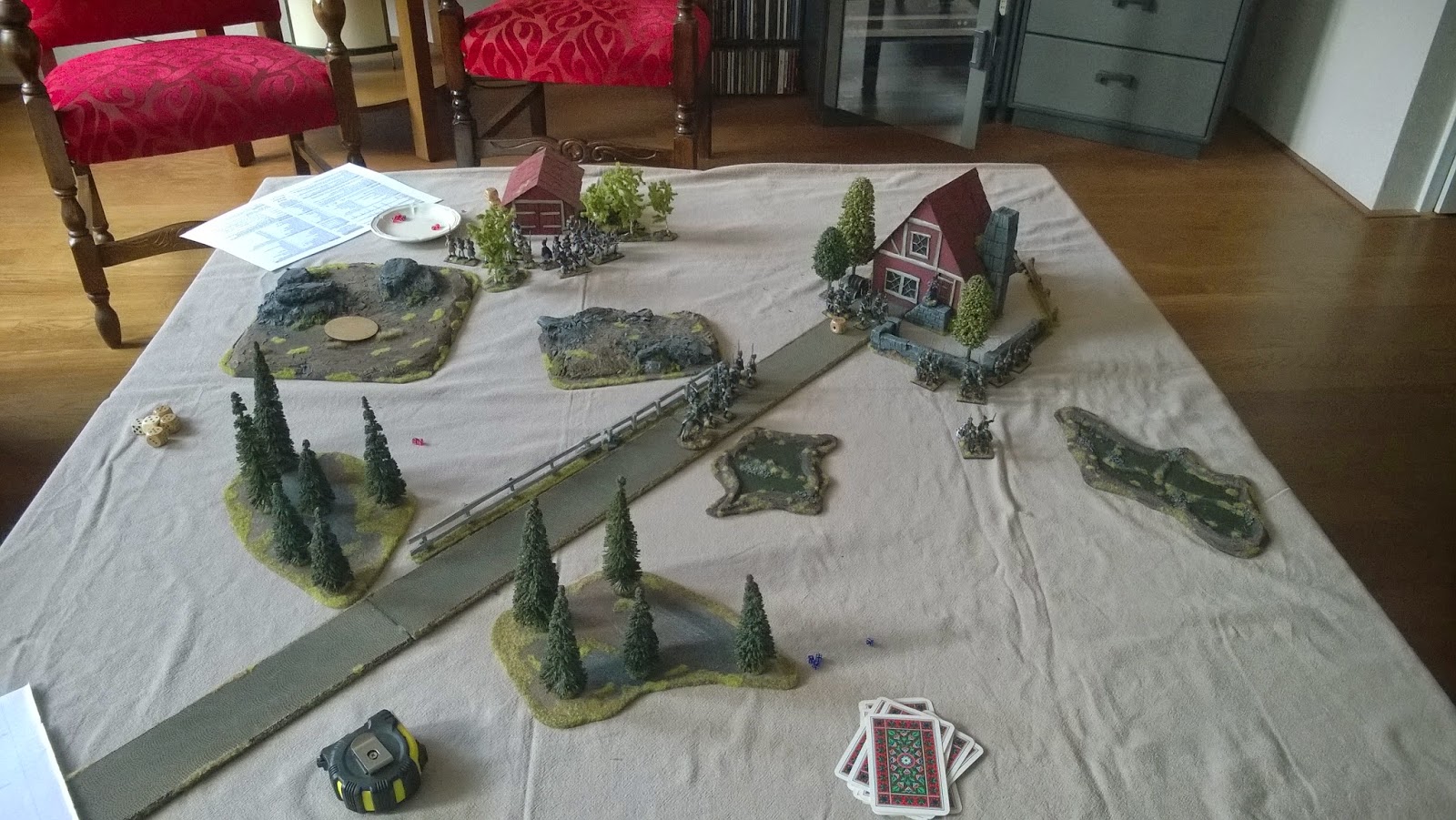 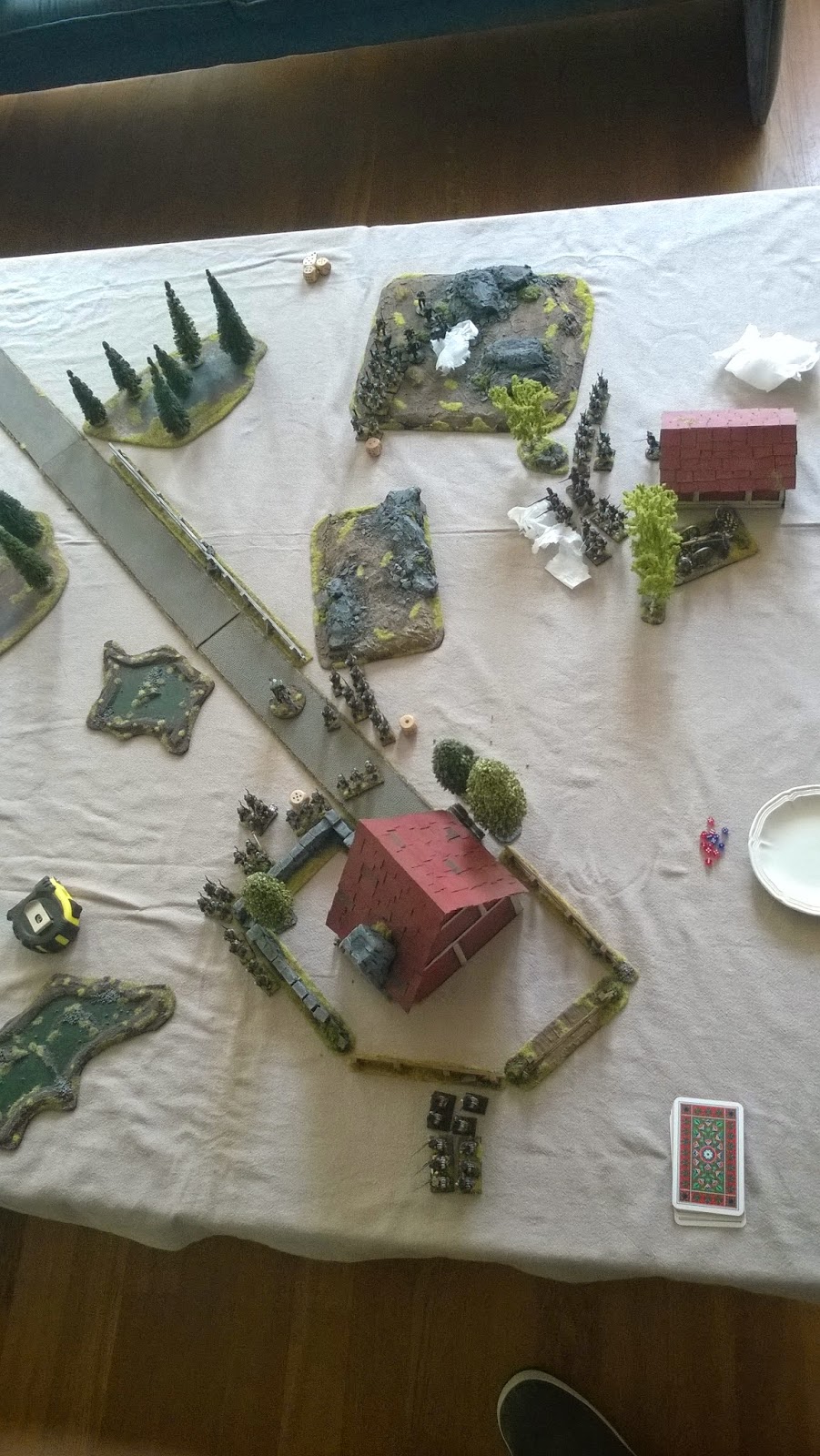 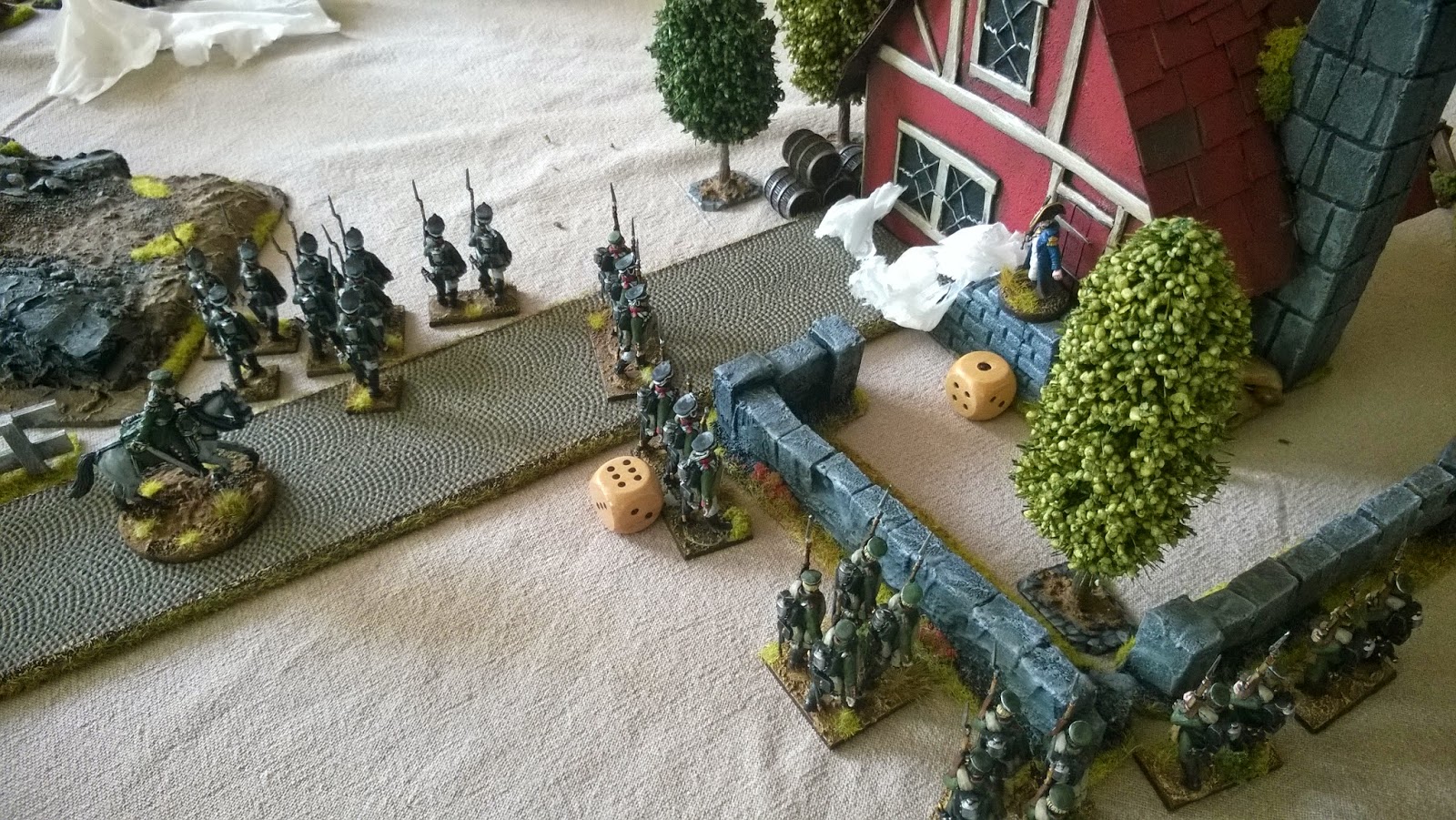 The assault on the mansion commences. 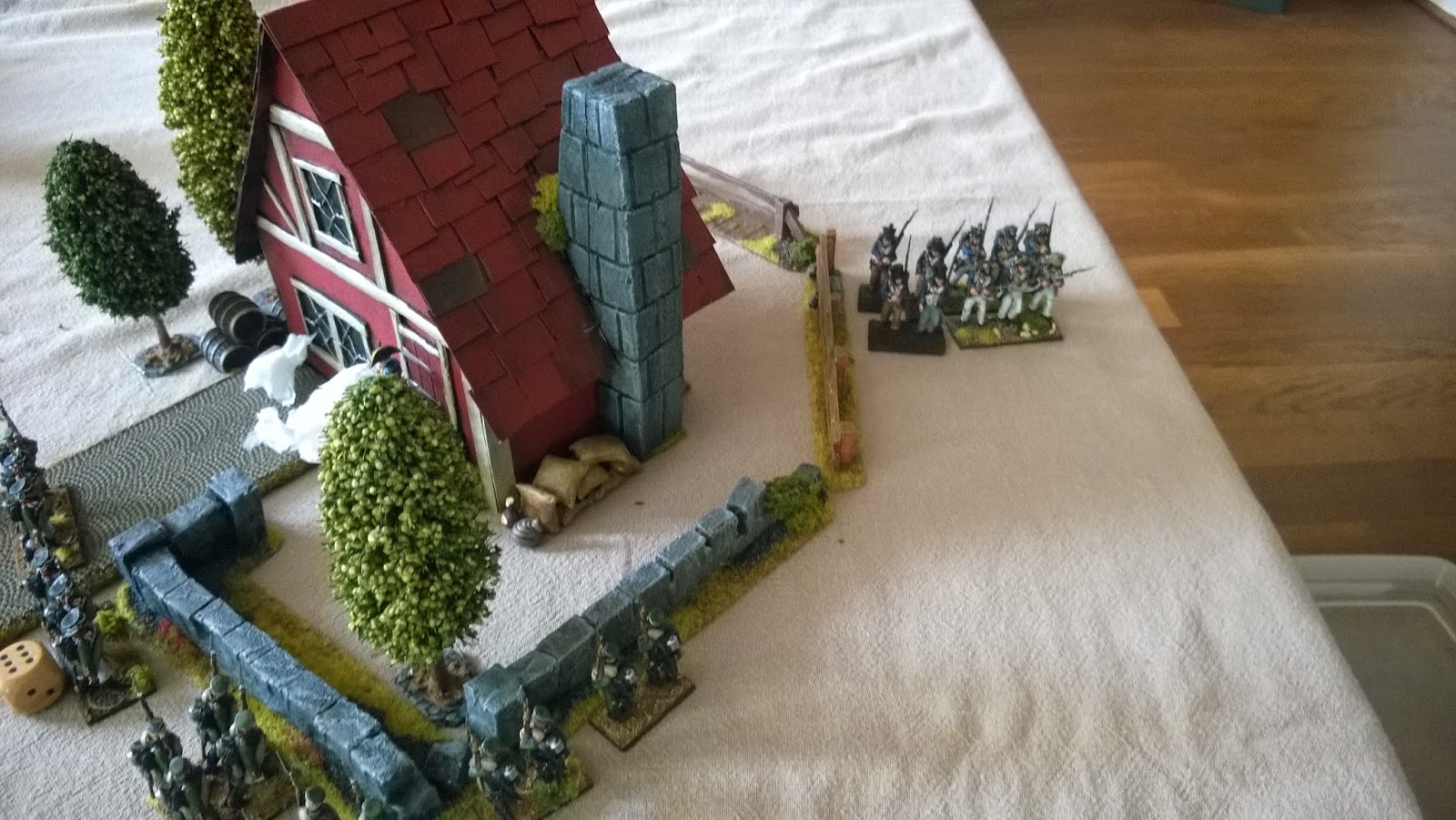 French infantry deployed nearby are drawn to the sound of the guns. 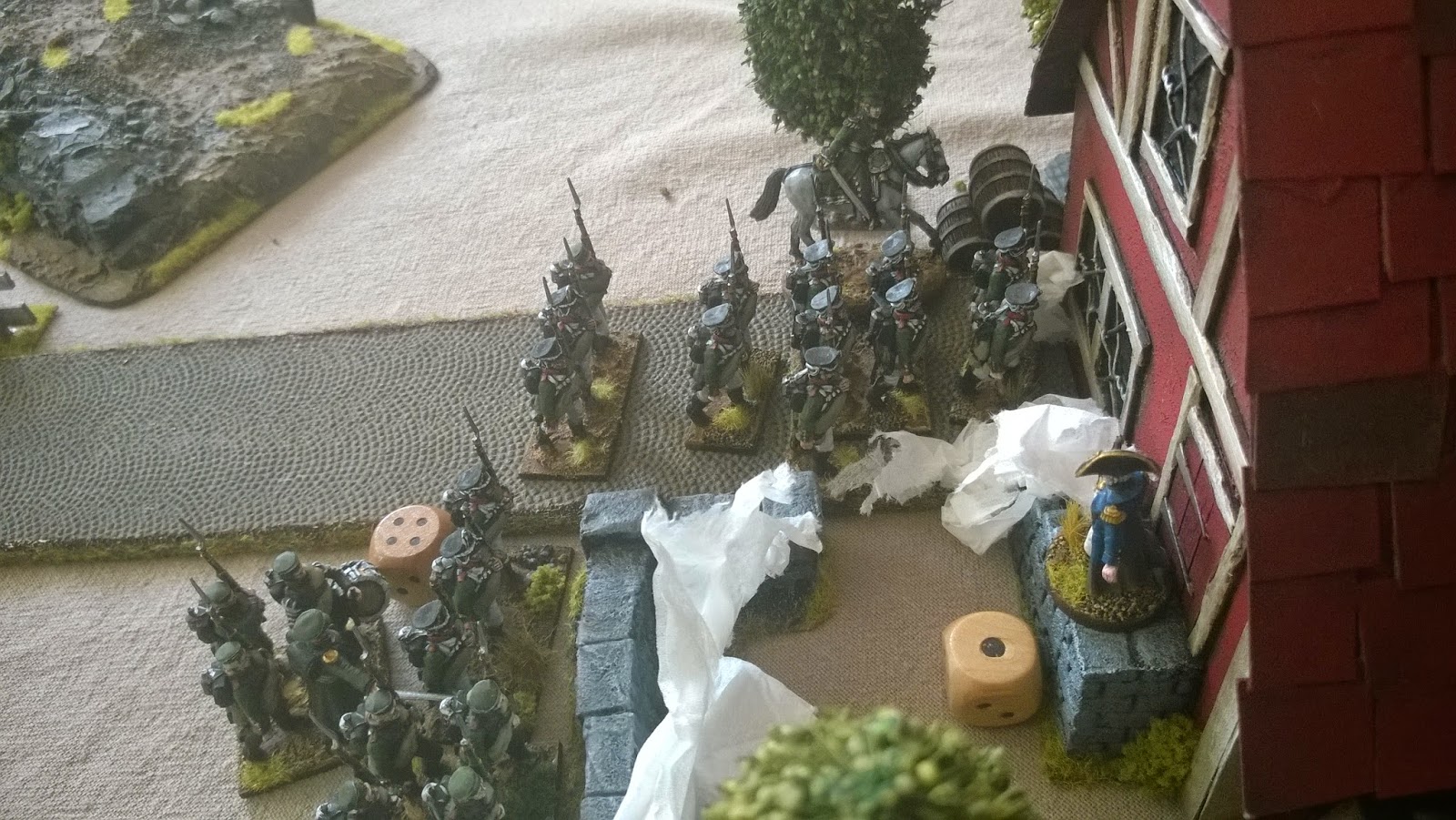 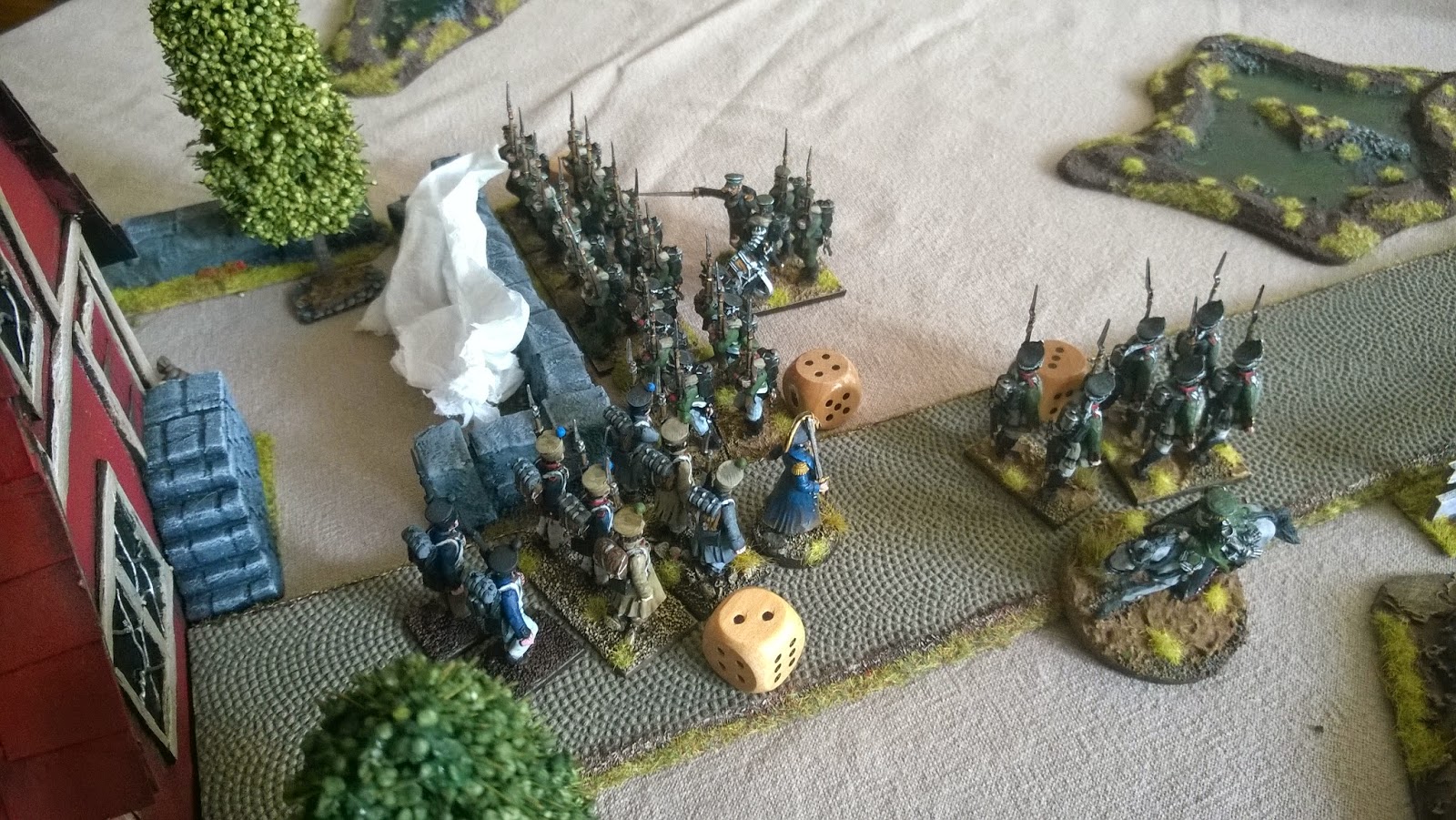 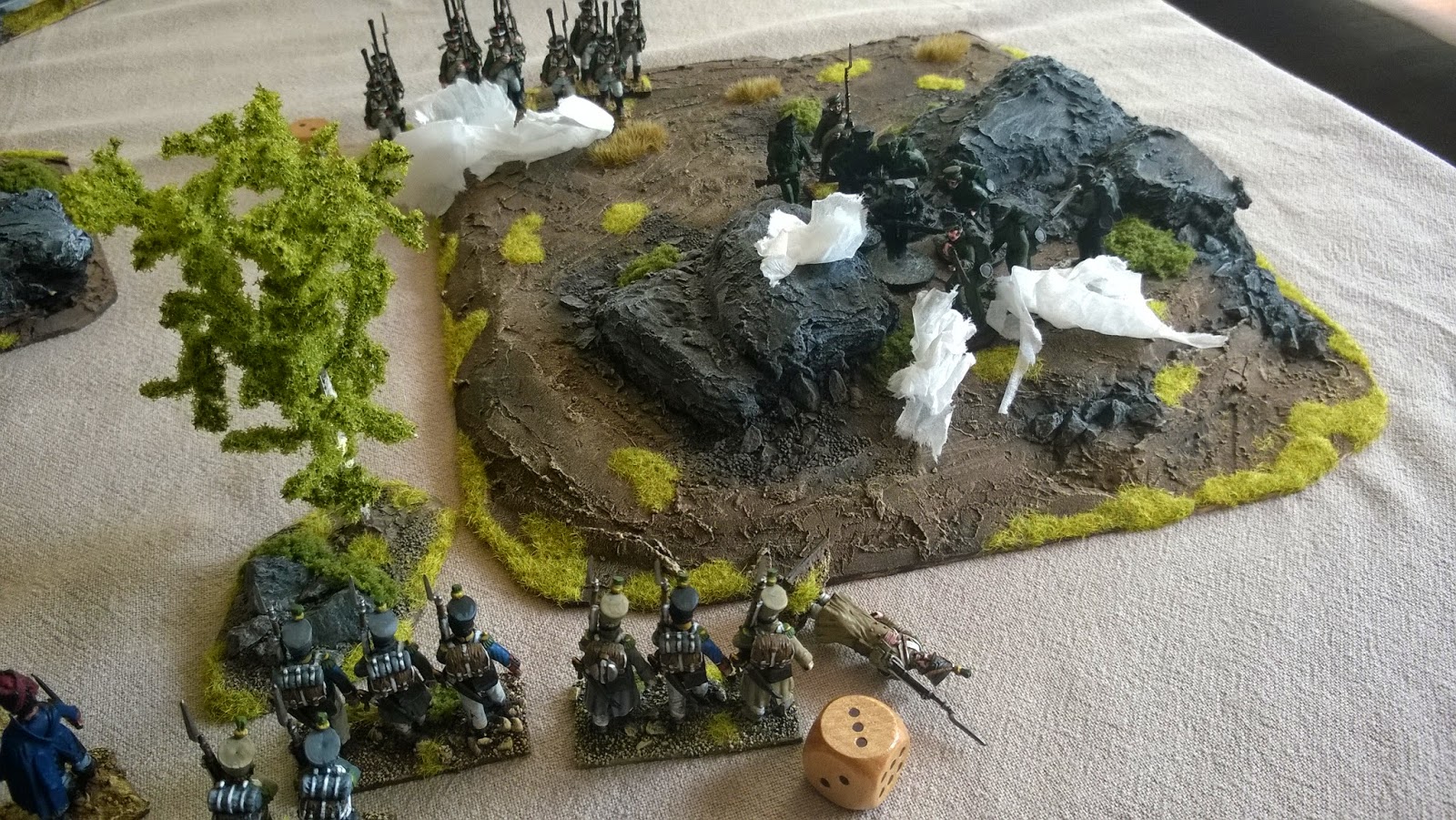 Jaegers sneak through the rocks, and take aim at the French line. 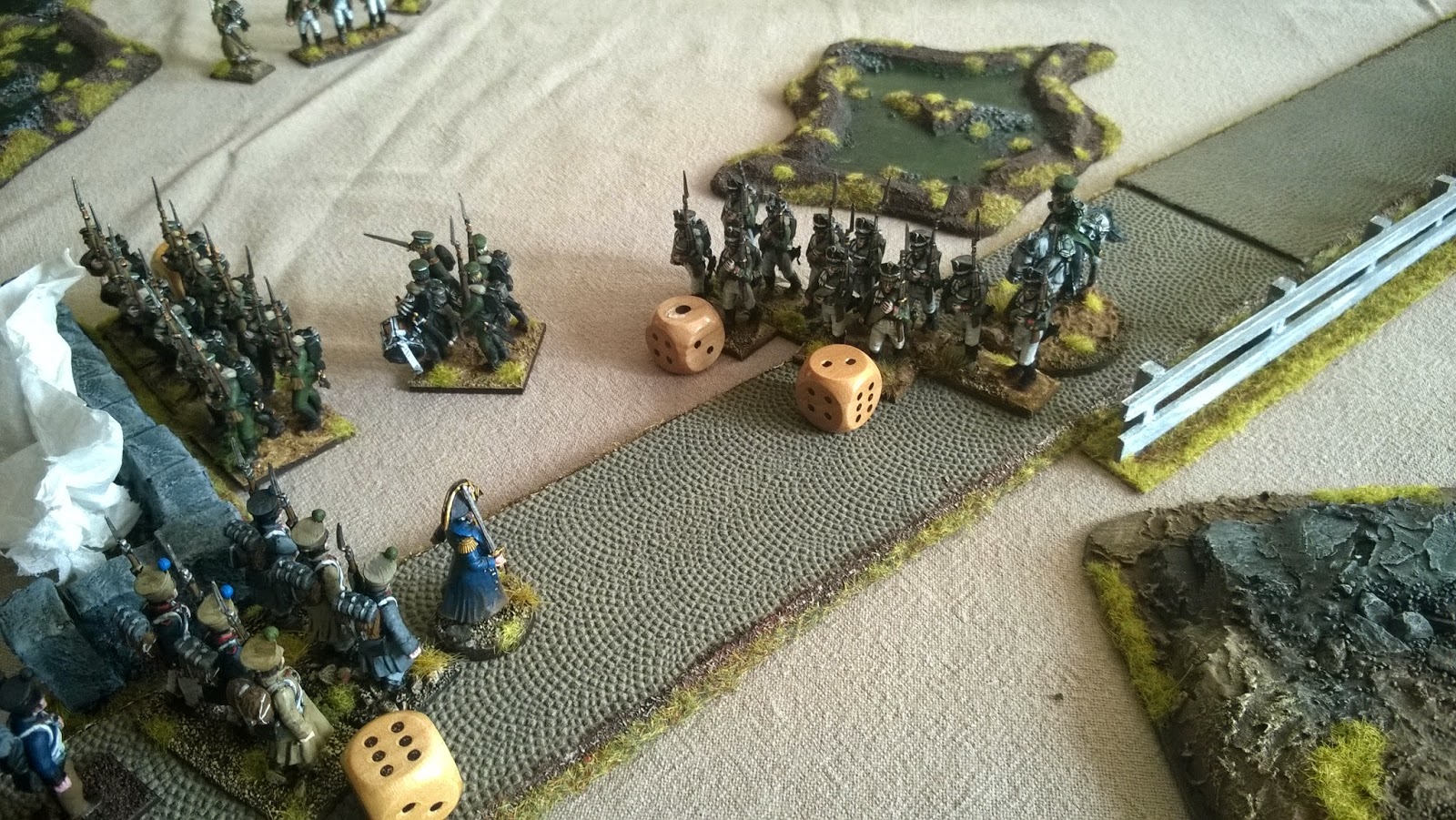 The Russians rally two battered units in line.
At this moment the large Russian unit went in for a new counter attack on the now exposed French and that is where I ended the game.

The scenario is quite nice and seems to have a good balance of forces.
I'm not sure the French made the best decision by leaving the house as they were in quite a strong defensive position, but I wanted to bring the game to an end.